Around the World with Ofi

Shot across 3 locations spanning 3 continents, this online film to launch the rebrand of Olam Foods as 'ofi' was a global production! ofi are a leading food and agri-business, supplying food ingredients, feed and fibre to thousands of customers worldwide, ranging from multi-national organisations with world famous brands to small family run businesses.

The aim of the film was to celebrate ofi’s belief in raw potential, and show how at every level they use imagination and expertise to find more creative, productive and sustainable ways of doing things. We wanted to portray ofi's ethos of harnessing nature and expertise to feed us and our imagination, creativity, wonder and joy.

The script describes in many ways how ofi’s products are so much more than simply base
ingredients - they’re innovative ways in which ofi can provide bright futures for the
communities and farmers they work with. 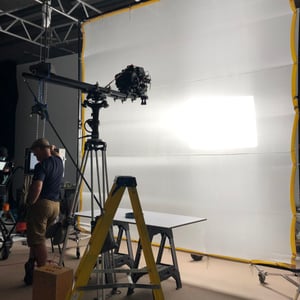 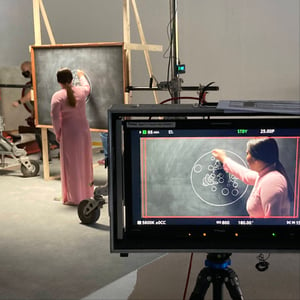 Bray Leino supplied their vision in the form of storyboards for this project. They implemented the circle motif that runs throughout the film to reflect ofi's new logo as well as their full-circle approach to supplying food ingredients.

Director Matt McDermott was the perfect director to bring this vision to life, with his extensive experience in CGI and post production. He added elements such as the rotating rig, working with the DOP to make this a reality in camera. And he brought John Langham on board to bring the storyboards to life in an animatic. 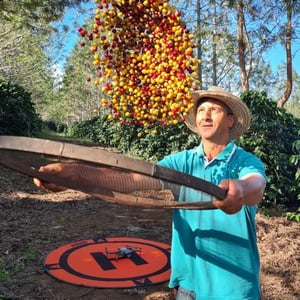 We first filmed drone footage with Story Productions in the ofi suppliers’ Coffee farms. This was a remote shoot, where the agency, director & producer attended via Zoom, with a direct link to the monitors in rural Brazil.

We shot at our studios, Foundry Film Studios in Manchester over 2 days to capture the majority of the footage. It was a big shoot with lots to get through and various different set ups. The art department and food stylists pulled off a very quick turnaround to create some wonderful sets that would represent, among others, a Ghanaian dinner scene, a coffee farmer weighing their beans in Brazil, and different stages of a cashew nut on a rotating rig. 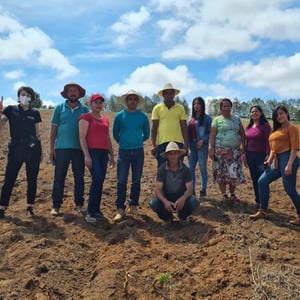 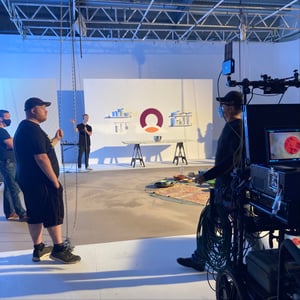 Finally, a 1 day shoot in New Mexico, sadly remote again! Director of Photography Gary Long travelled to one of the ofi contributors' chilli plants in New Mexico, where they kindly let us film their chilli washing drum for one of the shots within the film. Director & producer attended via Zoom and directed Gary and his team.

Our in-house post team worked on the edit, online and grading whilst bringing the various VFX components and footage together, with John Langham supporting us with the 3D elements.

The result was 1 x online brand film, plus 8 x versions with subtitles for different languages.

Katie Lock, Producer at Bray Leino said on the project:

“The launch went really well, the client is very happy so thank you to you, Matt and your team for all your hard work.”

"I wanted the film to have a life affirming, euphoric build - to capture the sense of community and people coming together to do great things."