Continuing in our Creative 101 series we asked Creative Group Heads at Cheetham Bell, Aron Sidhu and Steven Lownes for an insight into what it’s like being in a creative partnership. The first draft we got back was unfortunately not suitable for publication…although we’ve included some answers that were.

How long have you been in a creative partnership and how did you meet?

4.5 years. I came down from the Leith in Edinburgh, Steve came up from Fallon in London and we met in the middle.

How did you each get into the industry? 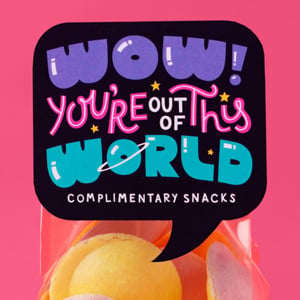 What makes a good creative partnership, are there many disagreements being in a partnership?

You might say disagreements make a good partnership. We’re always challenging and pushing each other. I think good partners are different but similar. If you have the same goals that’s always a good place to build a team from.

How do you work as a partnership? Are there specific roles that you stick to when working together or is it quite fluid?

Not really. Steve writes well and I can art direct the odd ad so there’s a lot of crossover. We usually spend at least an hour a day talking about problems and writing thoughts. Then, we go off into our own sketch pads and meet up later to discuss.

OA - I’d say I do around about 99% of all work, Steve fills in both of our timesheets at the end of the week. 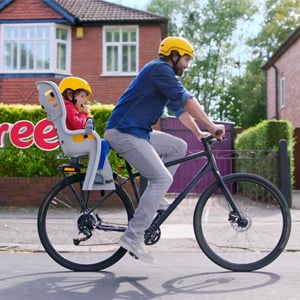 Are there types of creative that are more suited to you? For example, directors tend to work within a genre whether that's comedy, narrative, horror etc...as creatives do you feel more comfortable working on particular types of work / brands?

Personally, I have always leaned towards emotional, punch-you-in-the-gut-type stuff, stuff that makes you feel.  Steve’s good at everything.

As a partnership, how do you start the creative process?

Usually with a long chat about the problem. What is the actual bullseye for the client? Then, we create a bunch of strategies or propositions. Basically, we start by writing our own brief lol.

What are the benefits of working in a partnership? Do you feel you have more of an advantage than creatives that work on their own?

Speed. When you’re on your own, things take longer to get clear and simple. With someone else’s eyes, you can make progress much faster.
I also love that if I have a bad day, Steve will have a good one to make up for it. We cover and motivate each other like a proper team.

What are your goals as a creative partnership? Is it certain awards? Does that matter?

I think we both feel like we’re pretty talented and driven, so we’d like to see the hard work pay off in some way. Awards are always nice. 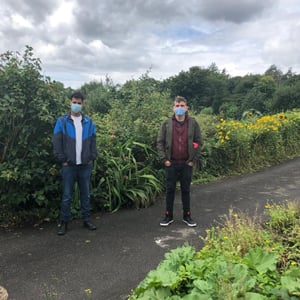 Do you feel working remotely has caused barriers? On another note, has working in this current climate enhanced creativity and the ways we approach creative concepts? Moving forwards has it been more of a positive rather than a negative?

Steve’s got kids so values a space where he can get away from it all and have quiet. Whereas home is where I’m most comfortable, and therefore creative.
Different barriers for different people I guess.
Thankfully, we can still chat away online so it hasn’t changed too much for us.

What is the most memorable campaign you have worked on and why?

The Dr.Oetker GBBO idents. It was hard convincing the Germanic brand to run with cake characters, but we managed it.
The idents were seen by millions and generated a big fanbase on social media. They were also really fun to write and got nominated for a British arrow. Not bad for a shoestring budget.

OA - I remember some spots we filmed a while back, the food truck at the shoot was simply sensational.

What has been your proudest career moment?

I love selling an idea or pitching for a new client. Big creative presentations are an ordeal, but leave you feeling incredibly proud and fulfilled after.

What’s the one piece of advice you’ve been given that has stuck with you? 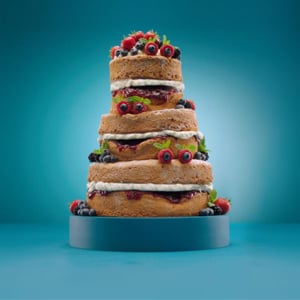 What do you enjoy most about working on a TV campaign?

Love picking directors and going through reels. Not only is it fun to do, it officially marks the beginning of getting something made and that’s always exciting.

What do you look for when you’re reviewing a director’s treatment?

A vision. Someone who has stayed true to the idea but added their own twist to it.

What was a stand out TV campaign for you in 2020? Either one you have created or just in general and why?

The Mouldy Whopper stands out for me. Advertising your burger with a rotten image of it to show it has no preservatives is masterful and brave.

What TV series are you obsessed with at the moment?

The BBC have been on a good run recently with: ‘I may destroy you’, ‘Years and Years’ and now, ‘Small Axe’. But I’m not obsessed with anything, that’s why I’m re-watching ‘The Wire’.

OA - I liked the new season of Black Mirror where three toffs tell people what to do from behind little podiums.

Ari Aster stands out at the moment.

Have you embraced any new hobbies during the lockdowns?

Running and playing copious amounts of board games with the Mrs.