Film Craft 101 - What to Look for in a Director’s Treatment.

At The Gate, much of our creative thinking and production talents come from over two decades of film heritage.

In the first in our series of Filmcraft 101 we want to take you through the basics of treatment writing, what it is and its purpose in creating great film.

What is a Director's Treatment?

A treatment is a common device used to pitch a director’s idea. Synopsis, outline and summary are all often used interchangeably with the term treatment throughout production for both film and TV. Ultimately, a great director treatment can convey the director's vision to not only the client, but the crew involved. Stylists, DOPs, and crew should be hit immediately with what the director wants to achieve. This makes for an efficient and smooth shoot. 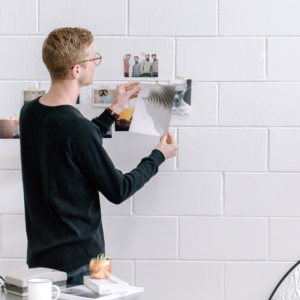 Treatments are the most concise and organised way to relay the director’s vision to the client. A well thought-out and organised treatment will help directors to instill trust in the client, and effectively articulate their thoughts and vision. In our experience, the best treatments are not only visually exciting, but they have really depth and reasoning behind every element.

Great treatments are those that manage to make a plot fascinating to the reader, they give the story feeling, they are often also colourful. They make use of key verbs and adjectives to evoke personality and growth.

Here’s 4 key components we recommend you look for when reviewing a director’s treatment:

1. A Strong and Consistent Visual Aesthetic.

This isn’t news, but filmmaking is a visual art, and a treatment is a director’s Show & Tell.

Treatments need to be a visually beautiful experience, they need to show a clear vision. Sometimes directors fall into the trap resorting to long, overly descriptive paragraphs. If the director can’t hook you with visually striking elements in the treatment, then how will this transpire to the final film?

The best treatment writers cleverly reference frames from films or other inspiring commercial work. They may look to archive footage, illustration, photography, art, animation or other visual art forms to capture their thought-process and approach. 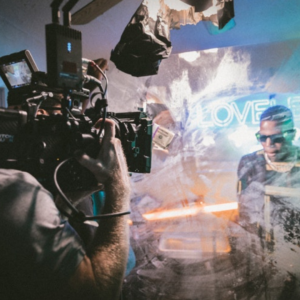 Many of our directors favour laying out treatments to reflect how the final film will look - so they might be in cinema scope rather than taking up the normal page format, for example.

2. Use of Bold and Powerful Language.

A definite red light for us is if a director isn’t in the mindset to move mountains. If you aren’t a bit blown away by a treatment, the director has failed to do their job.

We encourage our directors to be bold in pursuing what others believe is unrealistic, no one ever made waves by being bland or unimaginative. No one will ever buy from your brand if your commercial is bland and unimaginative.

Your director is your accomplice and a great one will have the courage to challenge the norm and break the rules.

Look for a director who is bold with their creative vision and stylistic approach, and be confident in their decisions. Look for jargon-free, confident language and visuals that spring to life.

3. A Director who can Talk The Talk and Walk The Walk.

The director may have just the right amount of visuals and exciting power verbs to reel you in, but is there substance here too? If you’re reading a treatment that’s firing blanks on the below sections, time to find another.

A decent director's treatment will cover the below elements:

4. Logic - Look for a Director who thinks about the Nitty Gritty.

Imagination and creativity are essential to capturing hearts in treatments, but a crucial part the client needs to look for are the practicalities of making the film.

In commercial directing when working with agencies/clients the portion of the treatment dedicated to dealing with technical considerations can be somewhat extensive. The client needs to know how the director plans to execute the ideas.

The director needs to communicate fluently any potential challenges that are going to surround shooting – all the way from scene and setting to special effects.

In the commercial creating scenario, the treatment document is also often paired along with the final budget. A good director will have a keen eye on the numbers and will provide justification for if and when more budget may be needed. 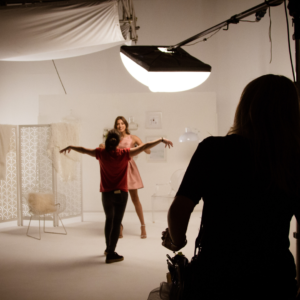 The treatment writing stage is one of the most important steps in the film production process, as it is within this where the essence of the film is decided upon and will have a huge bearing on the finished product.

At The Gate, we work with brands and agencies to find the right director that will capture the hearts of their audience. Do you have a script you'd like bringing to life?  Get in touch and let's make it happen.