Gate Director, Keith English, Makes His Cinematic Debut with The More You Ignore Me.

Keith English, stalwart director at The Gate Films, has made his cinematic debut with The More You Ignore Me which launches in cinemas this Friday (6 July 2018). Starring Sheridan Smith, Ella Hunt, Mark Addy, Sally Phillips and Sheila Hancock to name but a few, Keith’s first feature film promises to be the British Comedy highlight of the year (if not the decade…)

'The More You Ignore Me' Official Trailer

Based on Jo Brand's critically acclaimed novel of the same name, The More You Ignore Me is a cross-genre piece focusing on the life of an unconventional family in 1980s rural England. Set to the songs of The Smiths, The More You Ignore Me provides a blunt comical insight into life within this quirky household, whilst addressing mental health issues and their impact on the family. 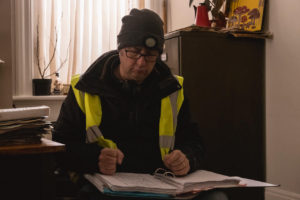 “It’s a real ‘up’ experience. It’s life-affirming and really heartfelt."

This definitively British movie has Jo Brand’s dry wit all over it while managing to touch on some serious topics told through human experience. No easy feat.

Believe it or not, the whole project came across via Facebook. The producer, Debbie Gray, reached out to Keith and asked him if he wanted to direct the film. The ever-humble Keith was in disbelief but jumped at the opportunity. He read Jo Brand’s book and the script and fell in love with the story immediately. 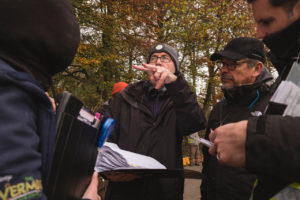 “We’re all Fighting our Own Battles.”

The narrative is strong throughout the film - as you’d expect with a book adaptation - but the pace is fast as it twists through, and interweaves the story of each character. By the final act, viewers are united on the universal truth that everyone is fighting their own battle, and once we come to terms with that as individuals - and relate with others - we’re in a more peaceful place.

The combination of Jo’s writing, Keith’s tenacity and vision, and a cast and crew that were so compatible it almost felt like alchemy, the viewer will see that every scene is sprinkled with a little bit of magic. Budget limitations and actors’ busy schedules were not enough to scupper this film, and what they have created is a piece of cinema that captures the heart and minds of the audience. For that reason, we believe The More You Ignore Me will truly stand the test of time. 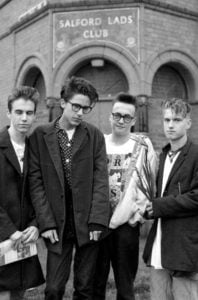 Stuart Hudson, a friend of The Gate, and Production Designer on the film told us what an absolute joy Keith was to work with. Stuart and Keith first met on a Harveys furniture shoot with The Gate a few years ago. They instantly bonded over their love of music, especially The Smiths.

“When the opportunity for TMYIM came about, Keith told me that he wanted me to design his film. With our shared love of music and our great working relationship,  he said I was the person for the job. As soon as I saw the script I thought ‘This was me, this was my life.’”

“Keith's one of those directors who, once you've had the initial script meeting, he just lets you go and he trusts all your decisions and just loves you to have your own ideas. He's able to get his ideas across in such a clear and concise way, and he works really hard to find the metaphors you'll relate to. But once he's communicated those ideas, the floor's yours. He just wants you to get on with it. He trusted us to put our hearts into everything.

He'd walk into the sets and just be really excited about the prospect of shooting them. His enthusiasm is infectious and we all benefited from that, every department.. He does everything with so much love.. we were all buoyed by his energy. The whole movie was such a pleasure to be a part of.” 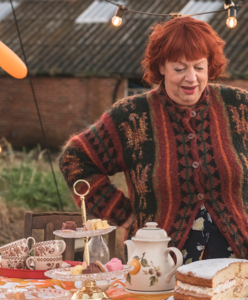 We reached out for a quote from the wonderful Jo Brand to get her side of the story (and to get some gossip on our friend, Keith). She over-delivered as you’d expect...

“Keith and I had something in common on TMYIM…we were both first timers, Keith’s first film, my first film script.

Keith was a joy to work with, always seemed to be equilibritous (I have just made that word up), whatever the circumstances and they were pretty trying at times.

His style of directing was friendly and non-threatening …and let’s face it there are a few directors out there who are not far off homicidal.

I also thought Keith had some lovely ideas which translated to the screen brilliantly and I admire him greatly, or bigly as President Trump would say.” Jo Brand.

The More You Ignore Me.

If this hasn’t whetted your appetite to get yourselves down to the cinema this Friday, we don’t know what will. Team Gate will be putting together a few trips to take our friends along. If you’d like to join The Gate Cinema Club, get in touch with our lovely Rhiannon on 0161 832 4888.