When disaster strikes, the actions and decisions of first responders can affect directly the number of lives saved. But how well can anyone prepare for a situation without actually experiencing it?

The answer is quite well, thanks to state-of-the-art VR training programmes, which immerse users into a seemingly real disaster scenario. Background noise, visual and auditory cues create unique settings and incidents which require users to respond to the specific situation.

This is exactly why Harte Hanks Philadelphia approached the Gate to create a fire safety film for their client, ADT Home Security. Discover how the Gate’s VR and technology expert, Martin Percy, took the brief to create an immersive film that quite literally, saves lives. 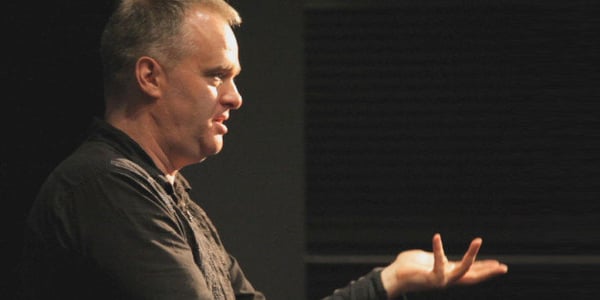 The Gate was challenged with creating a 2-minute VR 360 film that places viewers in a house fire scenario, immersing them in a relatable life-threatening situation. The film promotes the security of ADT safety products in the home, and in particular, the benefits of their ‘Pulse App’ and real-person responders from dedicated ADT monitoring centres.

Filming in the UK for an American audience was never going to be straight-forward, but add in child talent, 360-filming, lots of VFX and finding someone who would allow us to fill their home with smoke… things escalated into a challenge quite quickly!

We brought BAFTA award winning director, Martin Percy, on board to work alongside the creative team at Harte Hanks agency in Philadelphia to develop this immersive story for an American audience.

The Gate curated an expert team of experts in VR 360 filming to bring this project to life. Not content with pre-rigged ‘off the shelf’ cameras, we liaised closely with the team at SkyEdge 360 and Brownian Motion to explore the best professional kit, given the intricacies of the job (low light, tight spaces, lots of smoke - all we were missing were animals!) Any tech geeks out there can read about the camera set up here.

The huge talent and expertise from our VFX supervisors at Process Moving Image ensured things ran smoothly on the shoot day and gave maximum impact to the end result which relied heavily on 360 VFX.

The final challenge was to design an atmospheric binaural sound mix that supported the action with spacial audio. We hired specialist binaural microphones to record the audio in all of it’s thrilling glory to really place the 360-viewer in the home fire scenario.

"The complete Gate team were superb from the very start. They helped us define the possibilities for our film through their expertise in virtual reality storytelling and technology. Our team, and our clients, are thrilled with the results and are hopeful we’ll achieve the breakthrough our concept and execution deserve."

"FANTASTIC to work with The Gate Films, who did an amazing job of filming an American house burning down - in suburban Manchester, England! Brilliant producer and brilliant team."

Talk to The Gate if you have a script that needs some VR and Immersive Media wizardry...