United Utilities are the UK’s largest listed water company who provide water and wastewater services to around seven million people in the North West of England supplying 3million households and 200,000 business premises. Our mission was to communicate water saving tips in the short sponsorship ident spots with a comedic twist, which is where our friends at Cheetham Bell come in.

Cheetham Bell created the idea ‘From Fish, with love’ centralised around the notion that fish love water as much as we do so they are best placed to tell us how to save it. Then it was our job to bring the comedic script and talking fish to life! 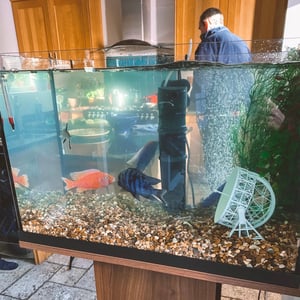 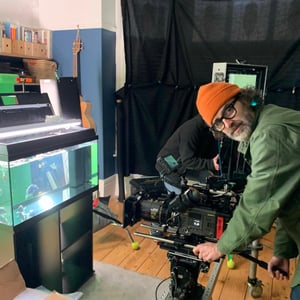 Working with our award-winning comedy director Simon Neal, our first task was to cast northern comedians that would lend their voices to our fishy friends. It was also important that the actual fish looked great so quite a few hours were spent at the pet shop!

Once we had our cast of comedians we decided to get them to record their scripts together, allowing us opportunity for any ad libbing and more importantly build their chemistry.

We shot over 2 days on location in South Manchester, shooting the fish on green screen so that we could manipulate any movement in post-production. We also worked with Art Director Lisa Westwell to style the homes as well as bringing some northern touches to the fish tank. Who spotted the mini Jodrell Bank?

The result was 6x20second & 6x10second sponsorship ident spots to be featured on ITV north west weather, with all post production done in-house by our amazing team. 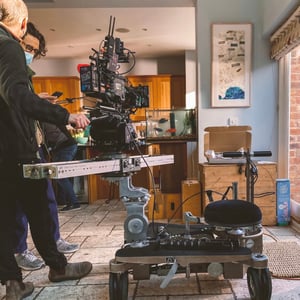 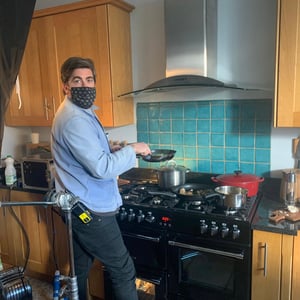 “We created 6 scripts with buckets of Northern charm of talking fish who cheer on the water-saving, block-avoiding efforts of their owners. We loved the beautifully observed, character driven comedy on Director Simon Neal’s reel and thought he was the guy to bring these scripts to life.

Shooting the fish for real was something we all agreed on to get those lovely little subtleties of movement and after pulling together some of the region’s top comedians to voice the fish, they brought some nice little unscripted ad-libs in the VO session that added even more humour.

After the post-production guys worked their magic, we’ve ended up with an amazing set of idents that we’re all chuffed with. The fish would clap if they could!”